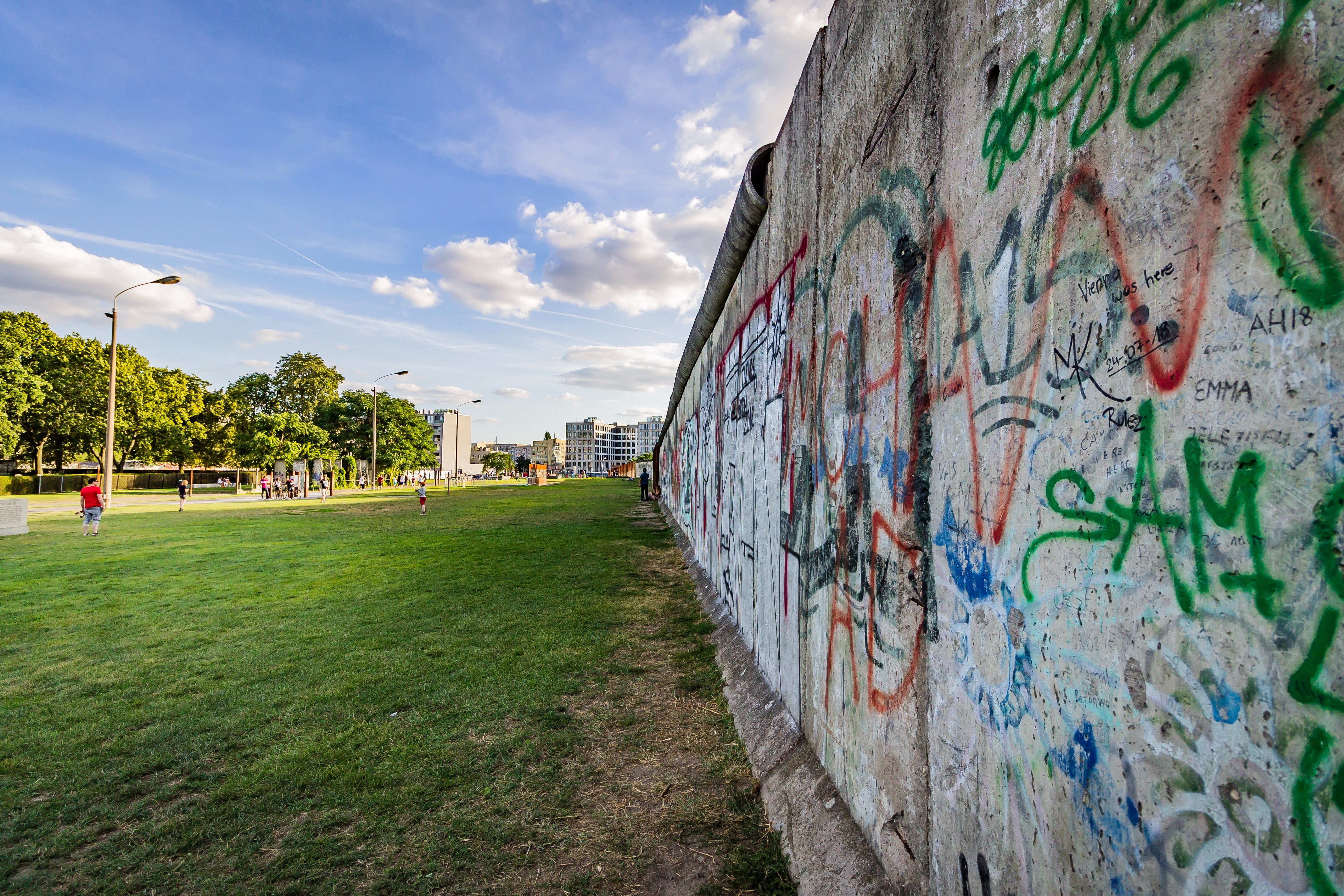 In 1988 an enormous concert was hosted to raise funds for and awareness of the South African Apartheid. I was in elementary school. I knew nothing about the actual ins and outs of South African politics or history. Stories were told and songs were sung and I took sides. It was years before I would read what was actually going on, but my loyalties were formed by the images and stories.

A year later, in 1989, my father would come get me out of bed in the middle of the night to watch the Berlin wall come down. People joyfully took hammer and chisel to a cement wall live before my eyes as my dad told me the story of the cold war. I remember him shaking his head and saying, “I never thought I’d live to see this day.” My loyalties were formed by the images and stories and I took sides.

Which stories are ours, which characters are us, which are them, tells us who we are. They build our loyalties.

But at that concert in 1988, after all of the pop singers and rock and rollers were done with their sets, a final performer came to the stage. An opera singer. Jessye Norman had a voice like an angel, but an angel taking you into the back alley with gold knuckles to teach you a lesson. She was an absolute powerhouse of talent with a voice tuned in strength and beauty. One of the great altos. She sang John Newton’s Amazing Grace.

When the last pop act before her finished, people had begun to head for the doors. She stopped the tides. The crowds even began to sing along. Between the last two verses, she drops into a round of the underground railroad song “Freedom.” A different song was in the program, but she chose this song on purpose. She wanted England and America to remember their story. We were not like South Africa, but it wasn't because of our inherent superiority. Jesus had stepped in.

John Newton, who wrote Amazing Grace, was a slave trader radically converted to Christianity. God unchained him from slavery to his sins and he spent his life freeing every slave, physical or spiritual, that he could.

The slave trade in England was ended by the Christian statesman William Wilberforce. He was told throughout his time in politics to leave his religion at the door. The slave trade was abolished because he refused.

These are our stories. Stories of humiliation and rescue. Stories of people committing atrocities turned to righteousness. Stories of freed slaves looking to free slaves. Jessye Norman made the reminder so compellingly beautiful that you couldn't help but rejoice in being humbled.

“Who are my people?” is a question answered with stories. Cain told a different version of his life story than God when he asked, “Am I my brothers keeper?” You don’t win hearts and minds to loyalty with statistics. The war for loyalty is a storytelling contest. Storytelling contests are won when the truth is made compellingly beautiful. That is what Loor.tv is doing. Freeing Christian movie makers to tell true stories beautifully.

See those buttons just under this post? Click (at least) one and get involved with telling compelling stories!