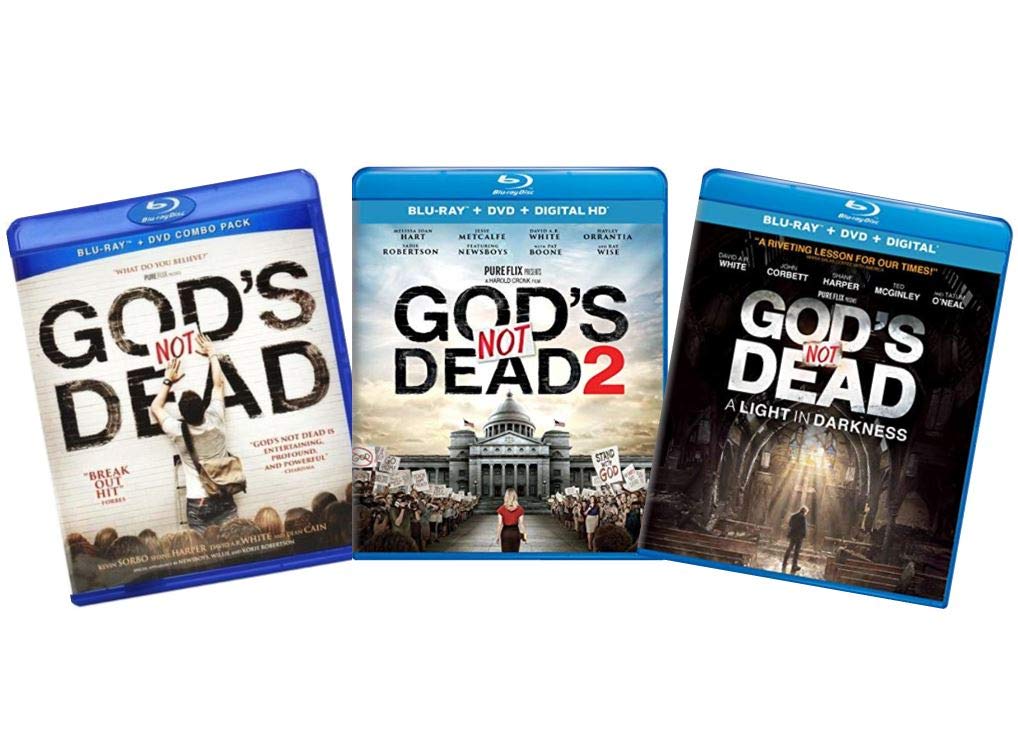 God's Not Dead is one of the biggest "Christian movie" franchises in recent history, and I want to make some observations about the series.  I've seen the first two films--the first in the theater (2014) and the second (2016) last night through Amazon.  At this point I don't have much desire to watch number three (2018), and even less desire to pay for it.  Imagine my surprise when I posted about the series on my Facebook account last night to discover that David A.R. White has announced that number FOUR is in the works!

I don't want to analyze or review the movie here--I've already written a review of the first film that is called God's Not Dead But Christian Screen Writing Is--but I do want to run the numbers.  Whatever I might think about the quality of the writing, the first movie was a success by any financial standard. Obviously, that has held for the entire series or else we wouldn't be hearing about a fourth film.

Let's do some math.

‍God's Not Dead made somewhere around $62 million in ticket sales, domestically and internationally.  Keep in mind this is against a budget of $1.2 million.

‍God's Not Dead 2 made around $24.5 million in domestic and international sales.  The budget was $5 million.  More thoughts on why the second outing didn't do as well below.

‍God's Not Dead 3 made about $7.4 million in domestic and international ticket sales.  Including the DVD sales the total comes close to $10 million.  I've scoured the internet using a couple of search engines and I cannot find any reference to the budget on this film.  I'm sure there are reasons that the producers don't want those numbers known.

‍The original film made Pureflix (recently acquired by Sony's Affirm Films) into what it is today with David A.R. Whiteat the helm as CEO.  White's recurring appearances in his own films has become a sad caricature of Christian film and epitomizes Christian celebrity culture.  Of course, enough evangelicals watched the movies to turn sizable profits in the early stages of the Pureflix empire.  But as with everything else in investments, "Past performance is no guarantee of future results."  Especially if an organization fails to do anything new and just keeps turning out more of the same for going on five years.  Christianity Today recently speculated that Sony's acquisition of Pureflix might help reinvigorate Christian film--an interesting spin considering Sony's stated support of the LGBTQ agenda.  My take is that that's not the kind of re-invigoration Christian film needs.

‍No, what will reinvigorate Christian film isn't more money or better actors.  It's a better story--better lore.  Christians have the best story, and the sad thing is that somehow that story has not translated into better film-making than the heathens.  Low budget, high yield is not enough.  It's a start, but not enough.  We need to start making films silence the blasphemous mouths of the enemies of God rather than giving them occasion to blaspheme.

Come join our family of investors, dreamers and madmen.  Invite everyone you know to join us, too. Be a part of the LOOR.